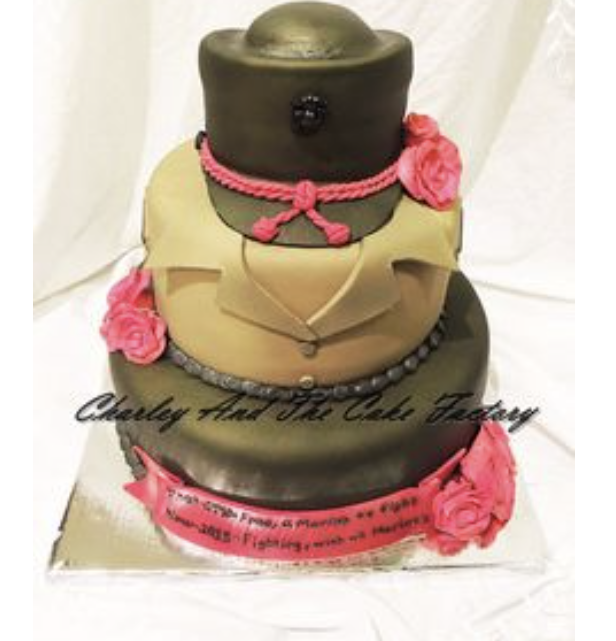 THE 78th Birthday of “WOMEN MARINES”

Most people know the United States Marine Corp’s birthday is 10 November. A few may know Opha May Johnson was thought to be the first woman Marine enlisted on 13 August 1918. (A brave woman going into the unknown during the first pandemic). Opha May served from 1918 to 1919. She and a line of 300 women volunteered that day to handle the administrative duties for the Marine Corps during World War I. They weren’t  ‘WMs’ or a “BAMs’ – they were “MARINETTEs.” Let’s face it – They were secretaries. – “Free A Man to Fight.” – Something many of us joined the Marine Corps to avoid.  In one year, Opah attained the rank of Sergeant. It pays to be first in line!

So, WHAT exactly are we celebrating on 13 February?

1942, Secretary of the Navy Frank Knox authorized the Marine Corps to create a Women’s Reserve and accept women applicants for commissions and enlistments  (even though women were already serving).

13 February 1943 –the first day that enlistments were officially open for women. Pvt Lucille McClarren was the first woman to enlist that day.  (I’ll bet not many Marines could name her on a test!)  On that day, a historical and noteworthy photo was taken:

Pictured here is Mrs. Opha May Johnson (on the right) and former Director of Women Marines, Colonel Katherine A. Towle, admiring Mrs. Johnson’s uniform, being modeled by PFC Muriel Albert. The picture was taken on 13 February 1943 (USMC Photo) 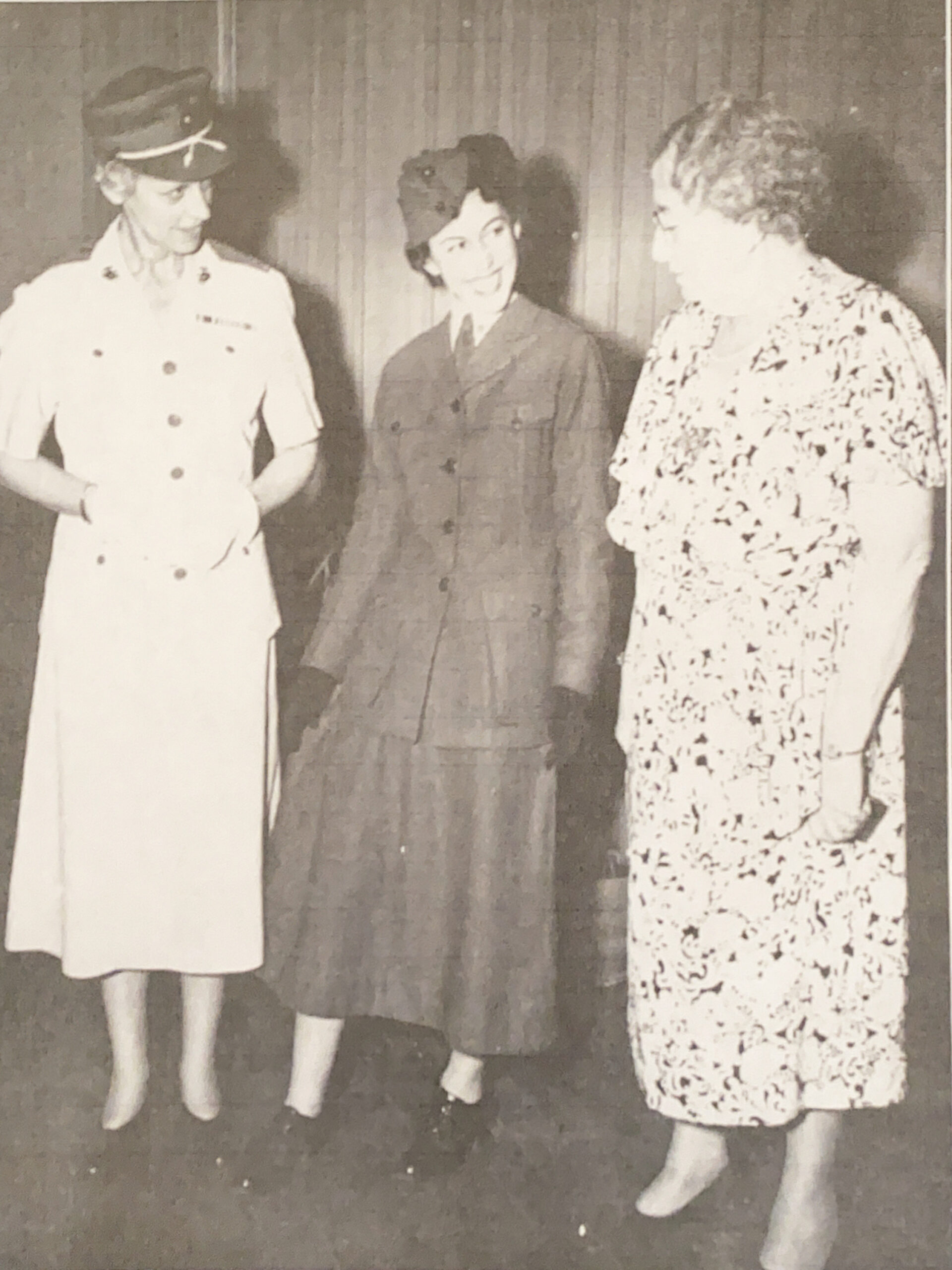 On 13 March 1943, the first class of 71 officer candidates entered the US Naval Midshipmen’s School to begin training with the WAVES.

On 26 March 1943, the first class of 722 enlisted Women Reserves (WR) began training at the US Naval Training School, again training with the WAVES.

HOW MANY OF MY SISTER MARINES HAVE BEEN TO A WM BIRTHDAY CELEBRATION?

(I can say ‘WM’ because that’s what we were back then.)

Here are pictures of the Women Marine Birthday Party I attended on 13 February 1975 at MCB Quantico, VA.  At that time, the Women Marine’s Company Commanding Officer was Major Ruth Woidyla Walsh, (in long blue dress) my role model. She knew how much I wanted to be an officer and that evening she gave me a little satin bag with a set of her own captain’s bars. I still have them.

The male in the picture was our 1st Sergeant (I do not know his name)  If anyone recognizes and can name any of the other people in the photos, please let me know. (I’m the one in the green dress). 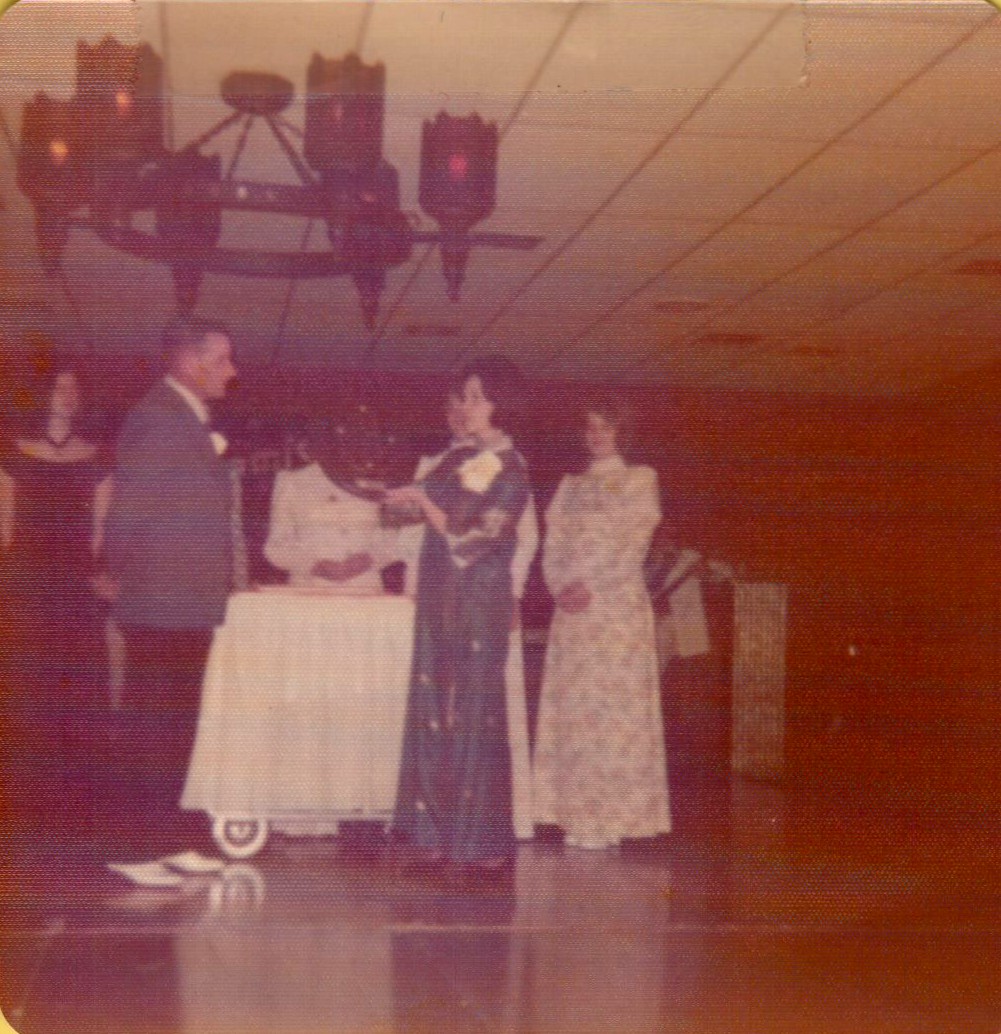 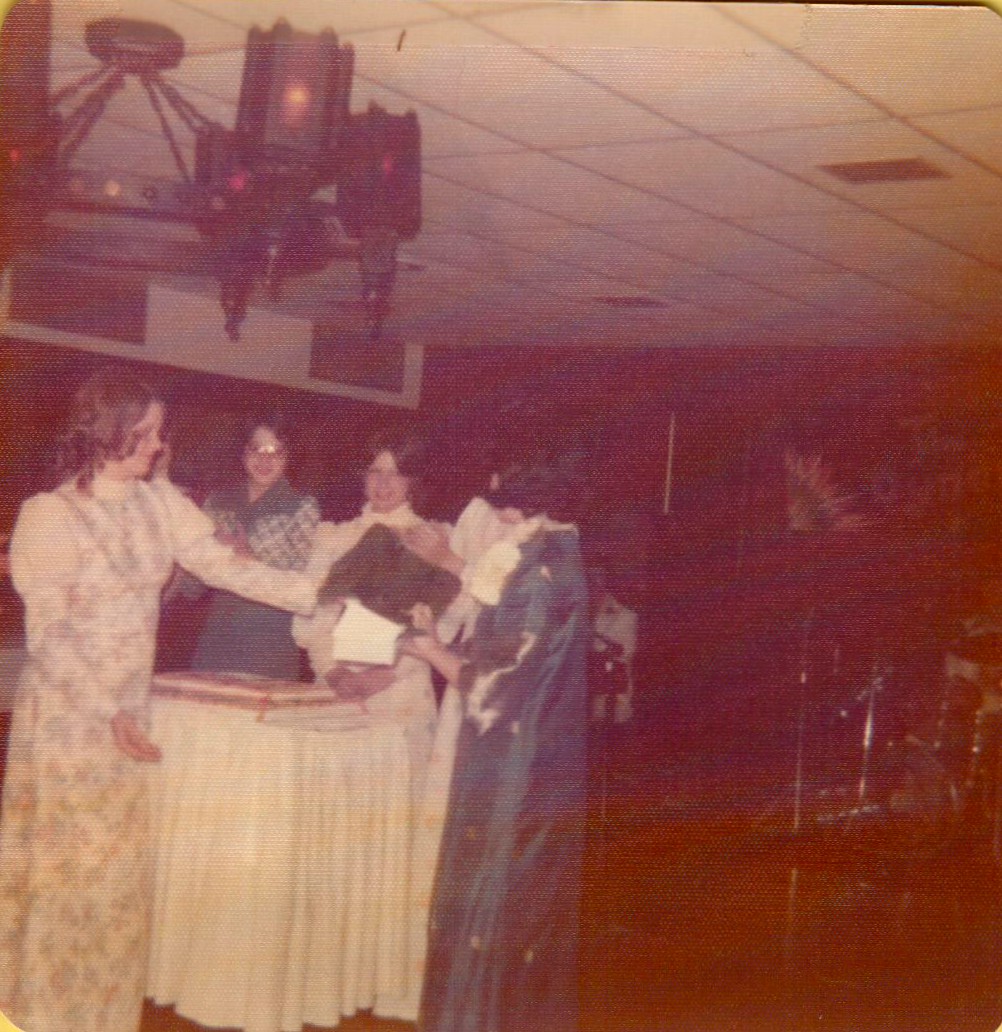 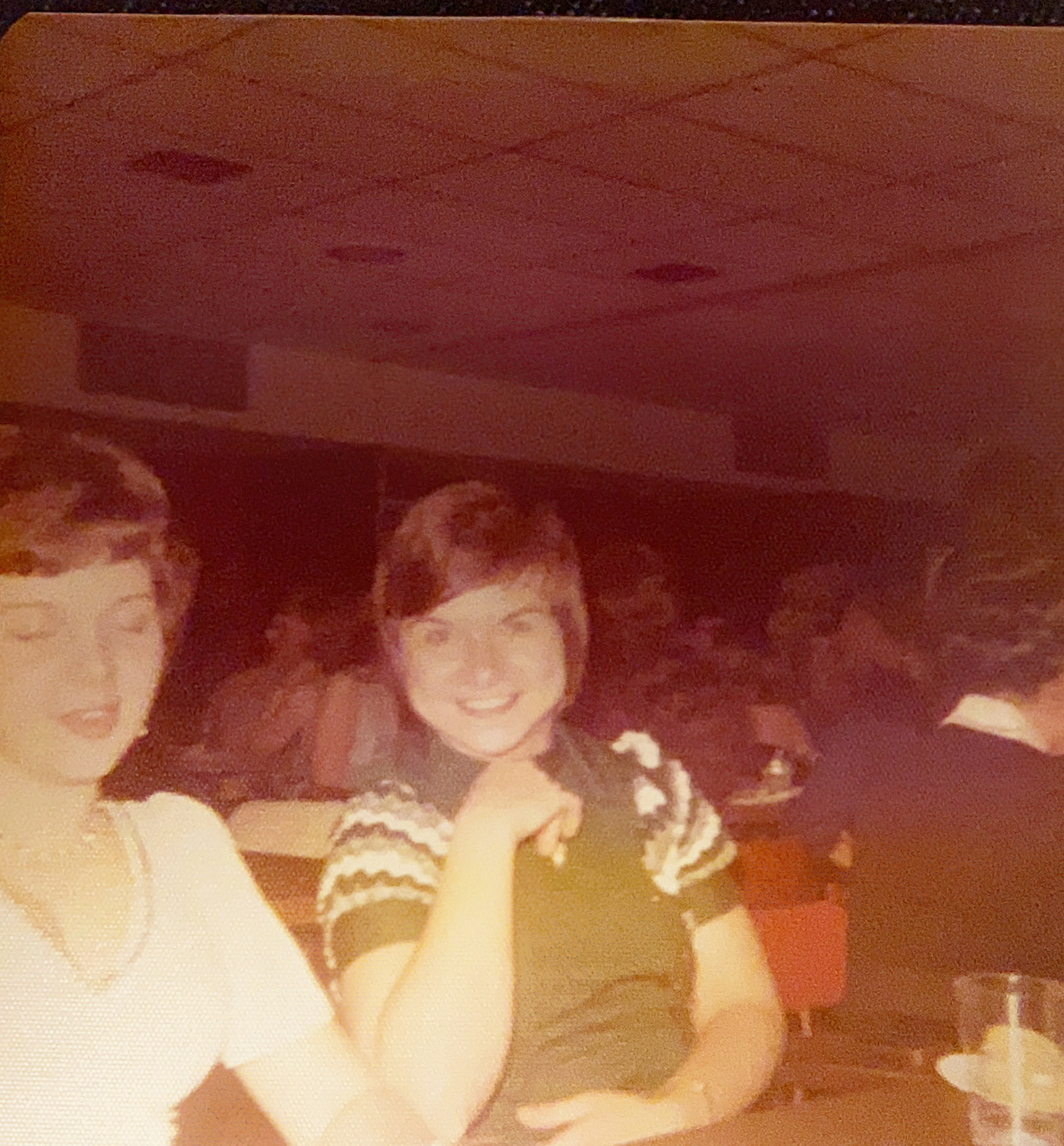