Here’s a sneak peak from Week #3 of Boot Camp:

WHAT BCG’S WERE ISSUED WHEN YOU WENT TO BOOT CAMP?

The week started with a trip to the optometrist: My Birth Control Glasses arrived! Half the platoon went on the return visit to the optometrist to  stand in line once again and ‘hurry up and wait.’ This time I would be leaving with another addition to my collection of military gear. 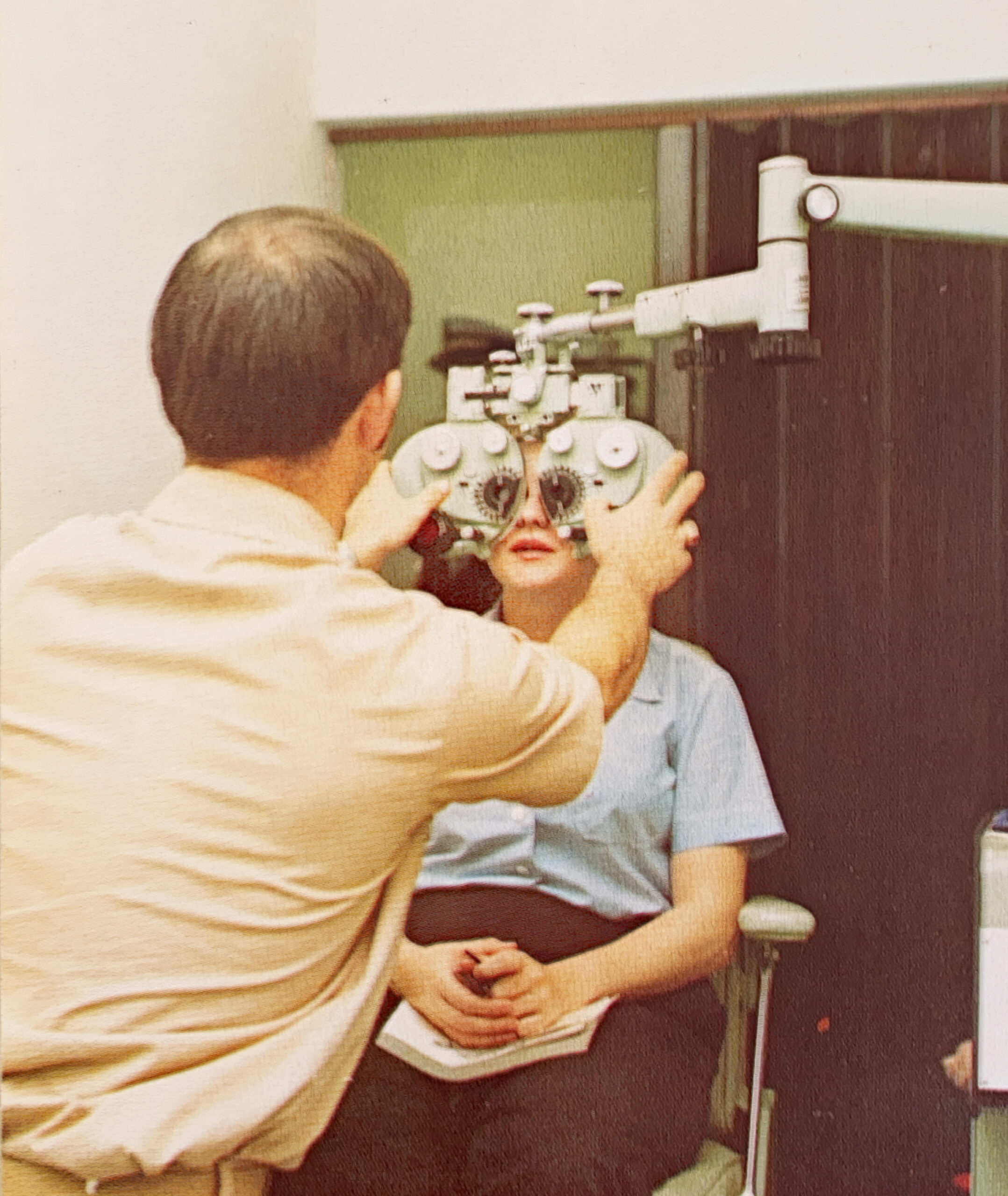 I hoisted myself into the optometrist’s chair to reap the reward of my poor eyesight. Good-bye to my civilian specks for the next six and a half weeks. Hello to my very own BCG’s — Birth Control Glasses.

Back at the barracks, I put them on. Instantly I knew how they got their nickname. I can’t remember when I first heard that term BCG, but whoever first called them that was a genius. We stared at each other in amusement. Someone giggled, causing a chain reaction of laughter. We looked more and more alike every day however, we were not becoming Beautiful American Marines (BAMs).

On the day my mother and recruiter met she asked him, “If women in the Navy are Waves, and women in the Army are WACS, what are women in the Marine Corps called?”

“BAMs! Beautiful American Marines!” MGySgt Mark Moyer explained.  He didn’t tell her the real derogatory definition of the acronym BAM, ‘Broad Ass Marines.’ With constant physical training we were getting less broad in that area.

The solid black acrylic frames, nearly indestructible, yet practical. Made to endure even in a war zone, besides correcting our eyesight, they gave us uniformity. The spectacles came in one basic shape to the lenses, rectangular. The only difference seemed to be the width of your head. They were as ugly as hell and looked ghastly on even the most beautiful faces.

One new ‘four-eyes’ called out, “Hey, look at this! A little pair of lenses for our gas masks!”

Along with the glasses came prescription sunglasses, black plastic cases and cleaning clothes, and a bonus in the little brown cardboard box, a set of lenses in the same prescription that fit inside the gas mask. I wonder how many times will I get to use these.

My friend Kay Beyer answered me, “I’m not sure why we would need them. I hear you can’t see anything in the gas chamber anyway.”

”Good to know. There will be sex again after boot camp!” Someone said.

Kay added, “They’ll end up in a drawer somewhere just in case. In case of what, I don’t know.”   Months later, in MOS school Kay found out. Her bunkie jumped down off the top bunk and landed on her civilian glasses, smashing them to smithereens!

When it time to have our individual photos taken for the platoon book, most of us would choose to take them off, but not everybody. Some must have enjoyed the look or enjoyed seeing the photographer as he snapped the picture. For some, this was their first pair of glasses. They had 20/20 vision for the first time in their lives. 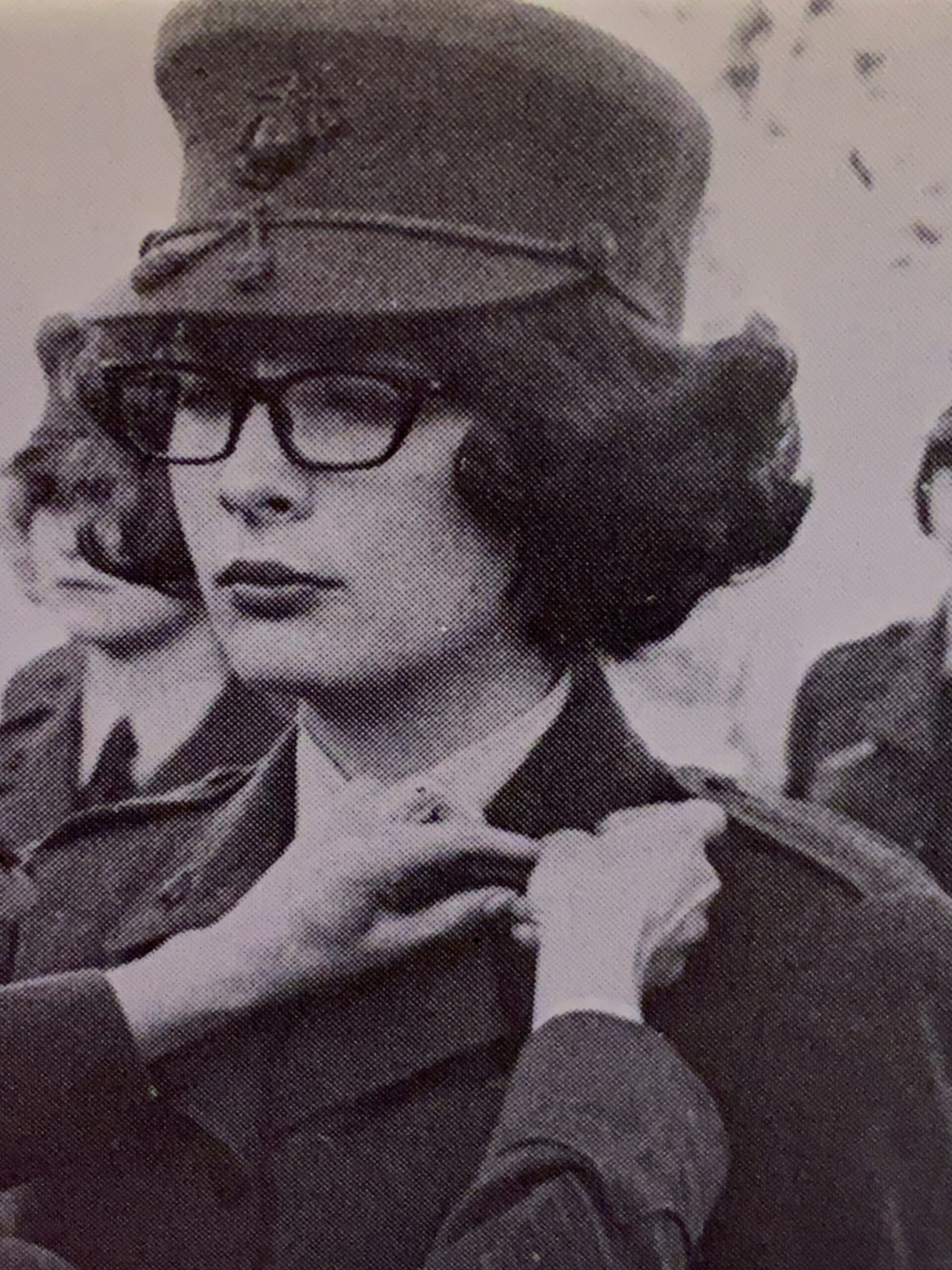 We locked away our civilian glasses and got ready for class. I made a quick head call. Standing at one of the mirrors above the sink, I took a long hard look at myself. I reached into my zipper pouch and pulled off the top to Revlon’s ‘Little Red, Red,’ my assigned lip color, required to be on our faces always except bed and PT. I proceeded to line my lips and fill them in with the bright red wax.  Oh dear, god! I thought. If Don could see me now!